Bendigo City FC Inc. (“us”, “we”, “our”, “BCFC”, or “the Club”) values feedback as an opportunity to improve. The Club is committed to addressing, and ideally resolving, situations where an individual or group of people feel they have been injured by an action of the Club, or by its failure to act. The Club also commits to support club members affected by an incident or action that occurred at another club.

The Club’s aim is that complaints and grievances are dealt with in a prompt and equitable manner.

This policy and procedure describes the opportunities that individuals have to raise an issue and/or make a complaint, and outlines the process that the Club will follow in response,

This policy and procedure applies to all club members (including players, coaches and committee), volunteers, parents and other stakeholders or community members.

The policy and procedure is written to address requirements of Football Australia and Football Victoria that clubs have a complaints/grievance policy in place as part of the National Club Development Program (NCDP 1.9.1).

The Club recognises that people will from time to time have complaints or grievances that need to be resolved.

In addition to the laws of the Commonwealth of Australia and the State of Victoria, the following procedures, codes, rules and guidelines apply:

The following section describes the opportunities that individuals have to make a complaint or raise a grievance, and the procedure the Club will take in response to a complaint.

A person who wishes to raise an issue or make a complaint may:

Review of a complaint

Where issues cannot be resolved informally, a complaints process will be adopted based on the principles of open discussion, confidentiality, fairness and respect, and timeliness.

The Committee has the option to:

If considered appropriate, the committee has the option to:

Where a formal complaint is received by the Club (whether in writing or a verbal complaint), the committee, or other person responding to the complaint will keep records of: the details of the complaint; any investigation undertaken; and actions taken to resolve the complaint.

Coaches and team managers are encouraged to keep similar records for minor complaints that do not reach the committee. All records will be maintained securely and confidentially.

A written response (email or letter) will be provided to all individuals who make a formal, written complaint. 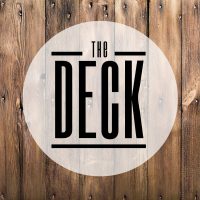